The Polycom Studio is a 4k USB Video and Soundbar with which video functionality can be added to meeting rooms in an easily accessible manner, without the need for a complicated and especially expensive Video Conferencing system. The Polycom Studio is Plug & Play and can be installed without specific knowledge and works in combination with all known Video Platforms including Microsoft Skype for Business, Zoom, BlueJeans, GoToMeeting, Cisco Webex and others.

Polycom
Skip to the end of the images gallery

Skip to the beginning of the images gallery
Details

Do you have smaller meeting rooms and would you like to add video communication to your (remote) meetings? This is now very easy with the new Polycom Studio.

Polycom has earned its spurs in Business Audio and Video conferencing systems - including the well-known "spiders" on conference tables - and is known for its high-quality equipment. All audio and video technology from Polycom, built in Decades, is now affordable and easily accessible for everyone through this very successful all-in-one solution.

The Polycom Studio has a high-quality 4k camera with automatic "Group Framing" and "Speaker Tracking" that automatically zooms in on the speaker. This gives the feeling of being physically in conversation with each other because all verbal and non-verbal communication is razor-sharp. The camera has a large viewing angle of 120 degrees with which everyone at the table is clearly visible.

The integrated microphone has a wide range of approximately 3.7 meters and features advanced technology including the so-called "NoiseBlock" which automatically filters out all disturbing environmental sounds such as keyboard strokes and the rustling of paper.

The Acoustic Fence technology ensures that the microphone is only aimed at the participants in the meeting. The irrelevant sounds around it are automatically blocked.

Works with almost all Video Platforms

The Polycom Studio works in combination with all well-known Video Platforms including Microsoft Skype for Business, Zoom, BlueJeans, GoToMeeting, Cisco Webex and others.

What's in the box:

More Information
Reviews
Write Your Own Review
Only registered users can write reviews. Please Sign in or create an account

All of our products are in stock, ready to ship out. 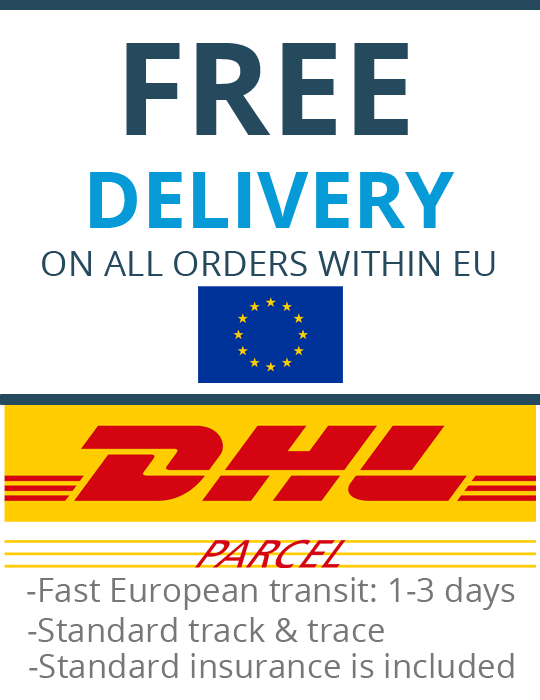